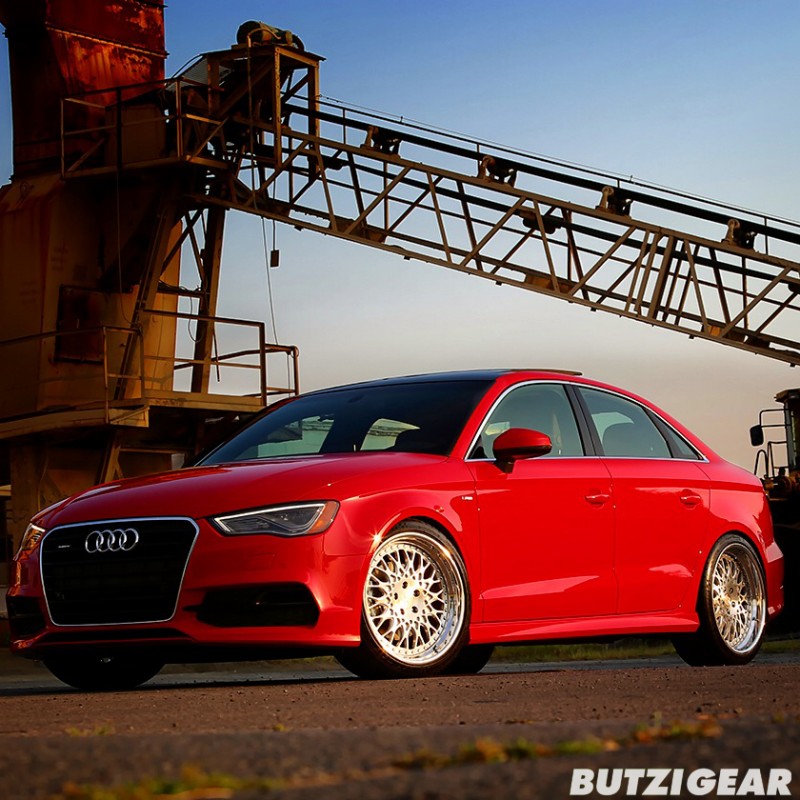 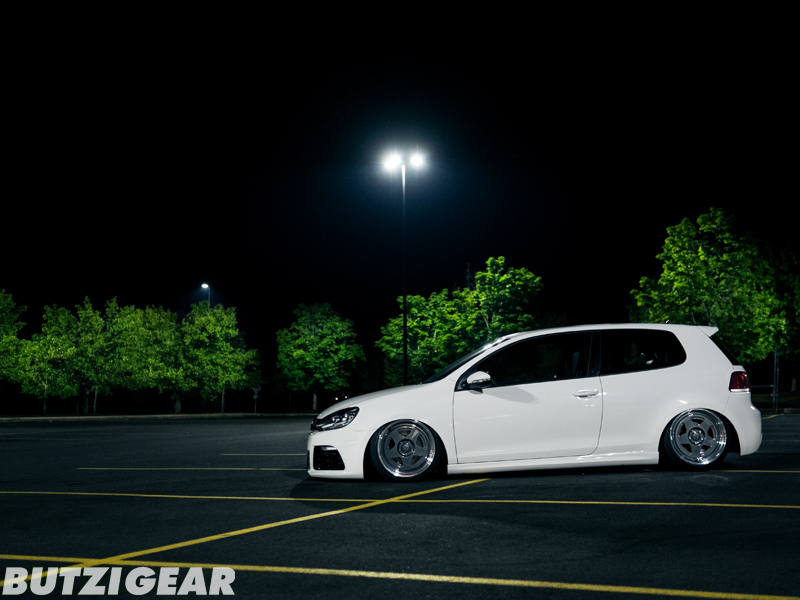 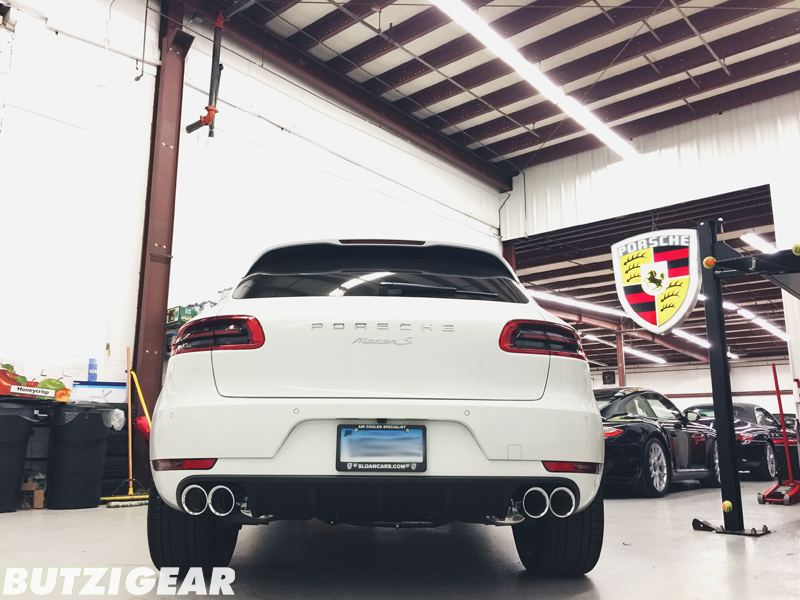 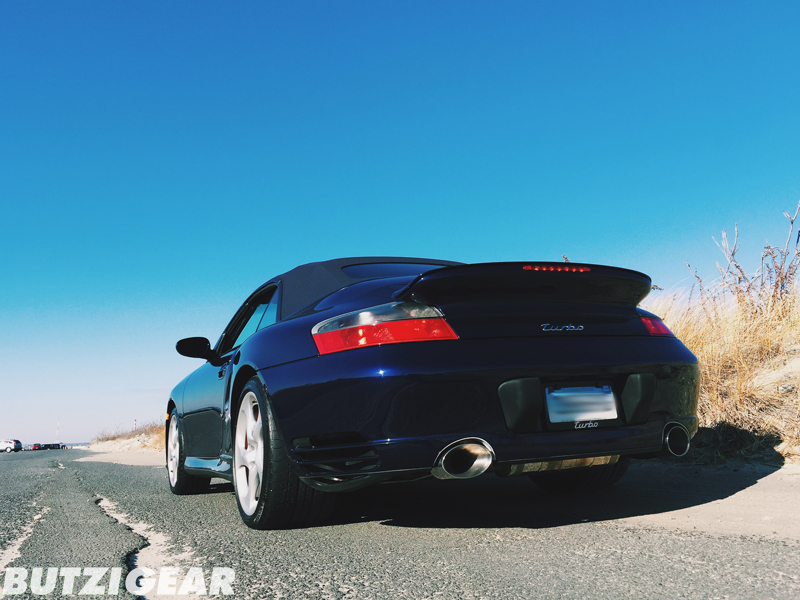 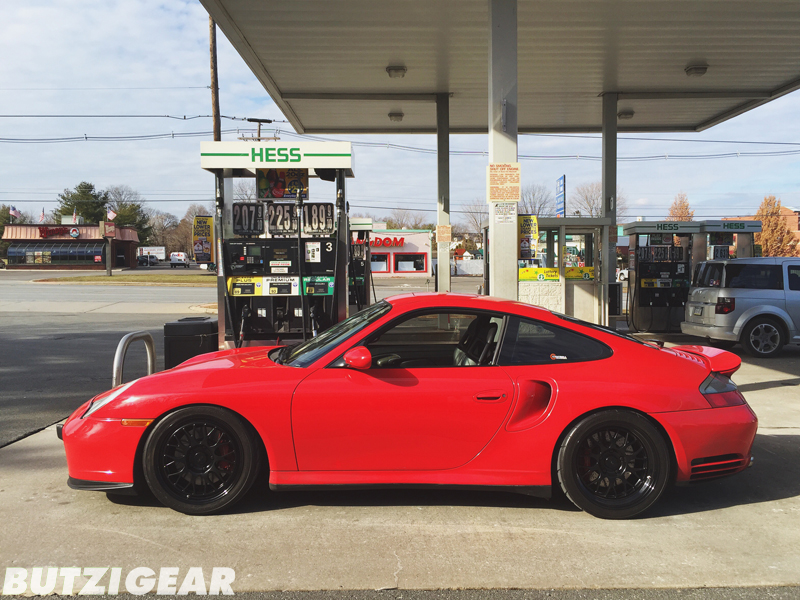 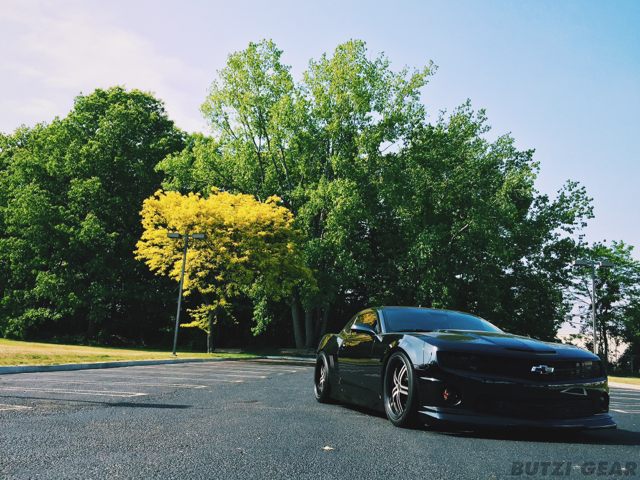 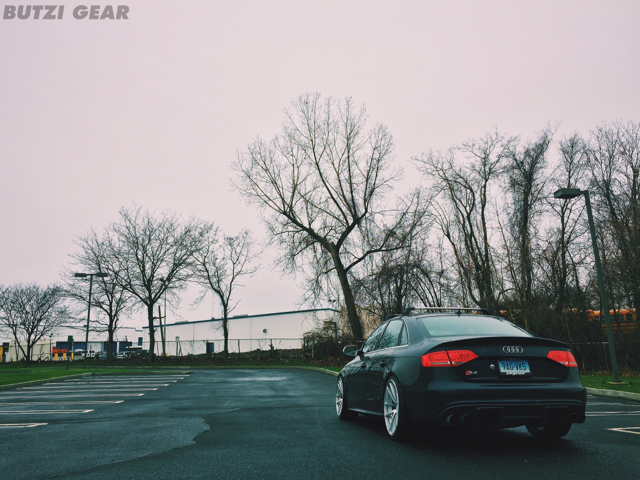 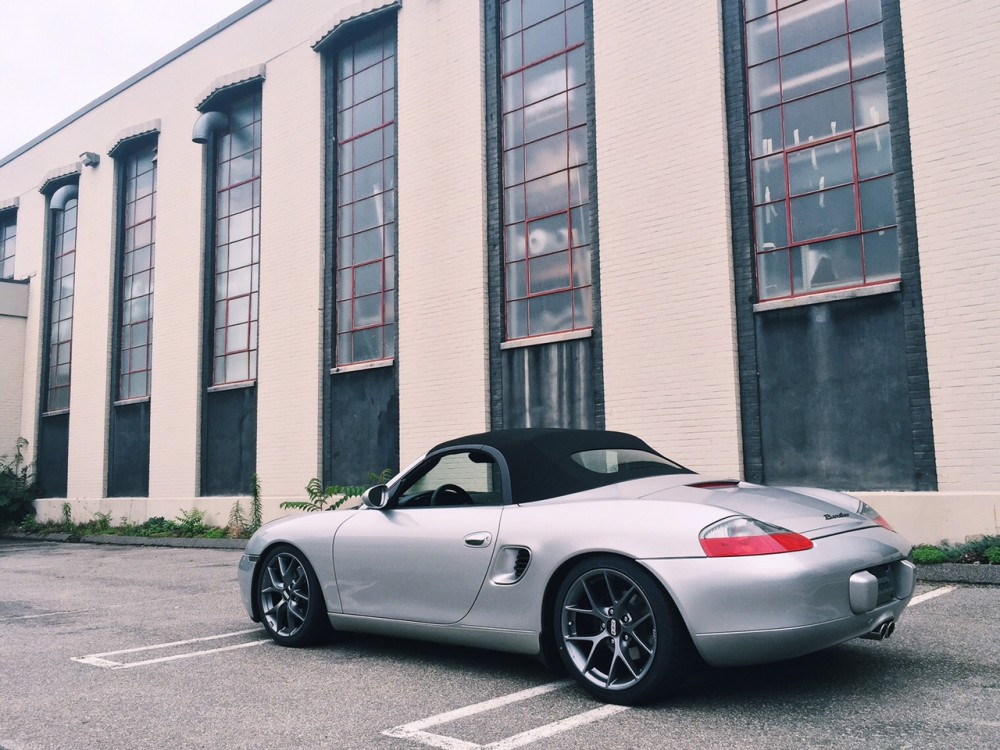 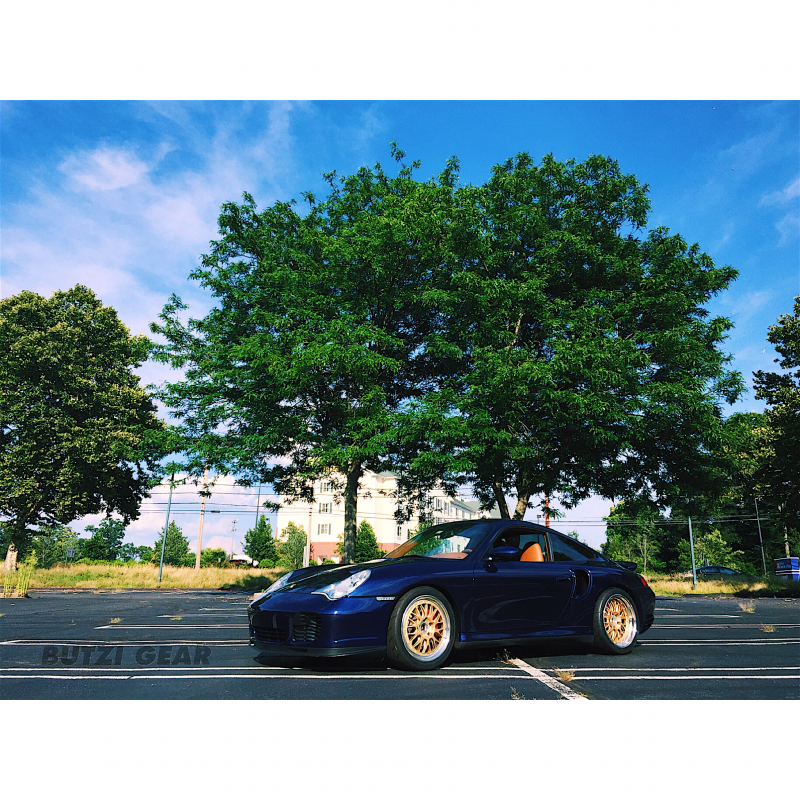 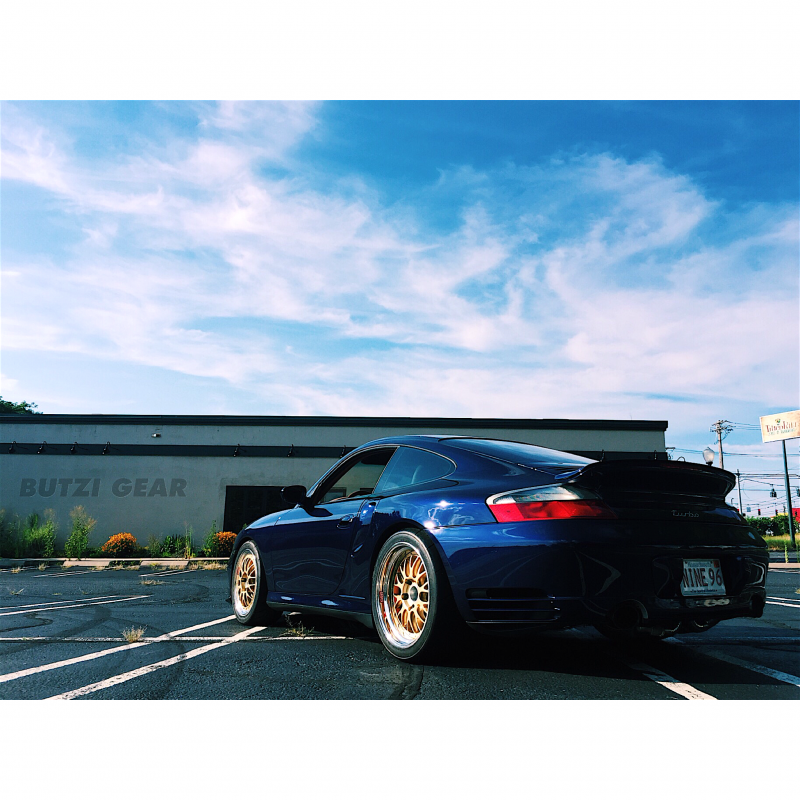 Mike contacted us regarding a killer set of wheels for his  ultra-clean Lapis Blue 996TT. He dreamed about one day fitting a set of BBS E88’s on his car, but feared they would be a bit out of his budget. After discussing a few wheel options and color schemes I mentioned to Mike that I could spec and build him a set of his dream wheels for a bit more than the other options – he was sold! The custom built, gold BBS E88’s truly tie the car together and add that big something that it needed. With the addition of our Motorsport Stud Kit and new 235/315 Toyo R888s power is thrown down to the ground and things get exciting pretty quickly! =) 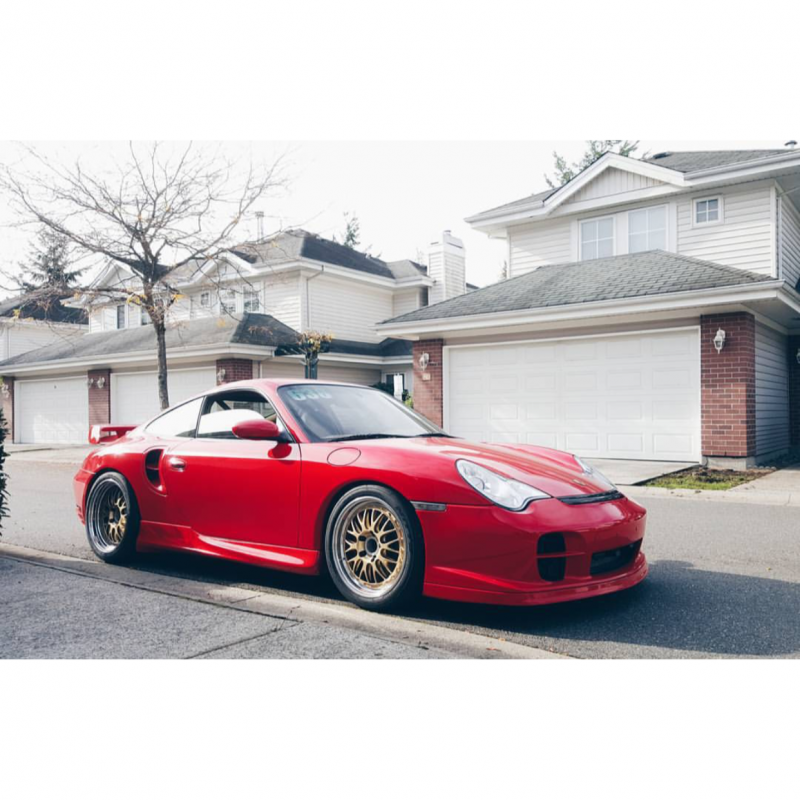 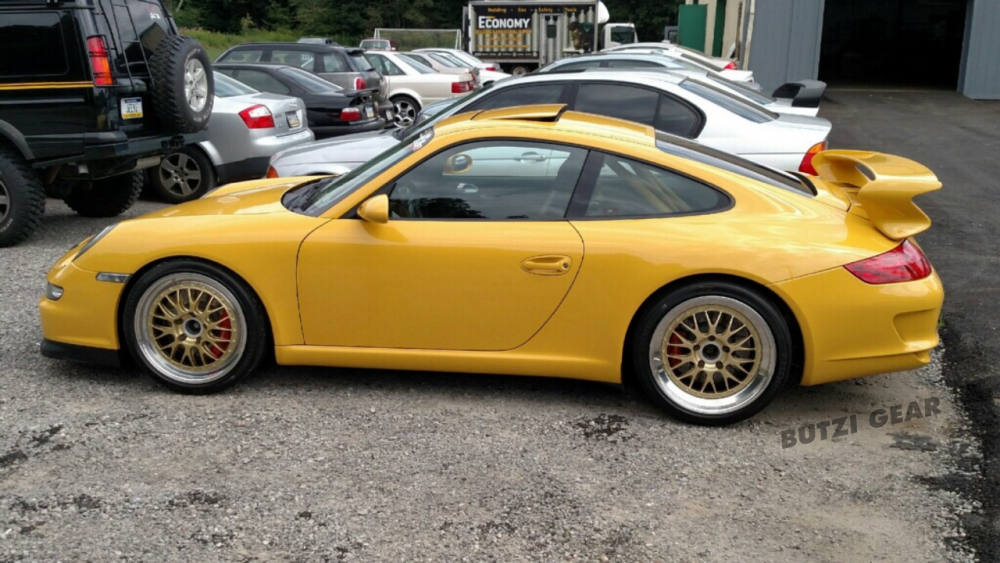